Give a book, Save our future' campaign

Thank you for stopping by; if you're inspired, please join in

It could have been worse

Laura Brashier is not a name that rings a bell, certainly not one I have ever heard of or read about until recently. A few days ago, whilst waiting in the reception of the garage where I went for an MOT test on my car, I found myself flipping through pages of the January edition of GLAMOUR magazine. I say that because I don't read celebrity or glamour magazines but then to fill the void of the 45minutes wait which I was told it will take meant I had to pick up one from the different magazines scattered on the side table.

I stumbled on an article written by Laura Brashier. I will spare you the details but it was a story about what she went through after being diagnosed with cervical cancer. However, after what was a successful treatment of chemotherapy, what she didn't realise was she was never going to have sex again. Doctors advised her not engage in sex which is a common side effect, apparently the extensive exposure during chemotherapy, as well as destroying the cancerous cells also narrows the vaginal wall and makes it almost impossible for any sexual activity to take place. Since that time, Laura has had 3 failed relationships. However, she refused to be defeated by this realisation and has spent her time researching how to support people with similar medical conditions that has ended their sex life.

Reading that article immediately made me to reflect and put things into perspective. Only last week I was providing encouragement to someone I know whose wife has a medical condition that is making childbirth proving difficult. In this case sex wasn't the issue but inability to conceive. I would like to imagine Laura would not mind being in this position. But then again only recently I lost a very close distant relative, who only married a year ago. I'm sure if she was giving a choice of either to live and be put in the other two situations I've just described or death, I'm sure she'll choose life.

In essence the message I'm trying to get across is that in as much as humans we do often despair and worry about our circumstances in life, things could have also been a lot worse. For every bad situation, there's always a potentially worse thing that can happen. It's about putting things into perspective, whilst not always accepting what life throws at us but at least to find the courage to put a positive spin in what can be very difficult and challenging times that will inevitably confront us.

PS: Apologies for the recent absence, as always work, family and other commitments means as much as I love blogging, it's not number one on the 'to do list' I'm afraid.
Support the Give a book campaign, it's very much alive.
Posted by Naija4Life at 16:48

The written materials and ideas on this blog are subject to copyright and cannot be reproduced without written permission of the blog author who goes under the pseudo names Naija4Life (A Pen and A Heart). Unless stated otherwise all quoted articles, paragraphs, titles or excerpts must be credited to the blog author. To contact the blog author to obtain permission or other copyright issues, please email and await a response:
nnaija4life@yahoo.com

'Give a book, Save our future' campaign 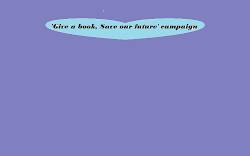 Education that works for Nigeria 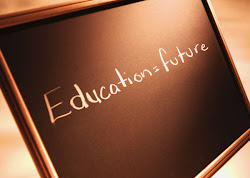